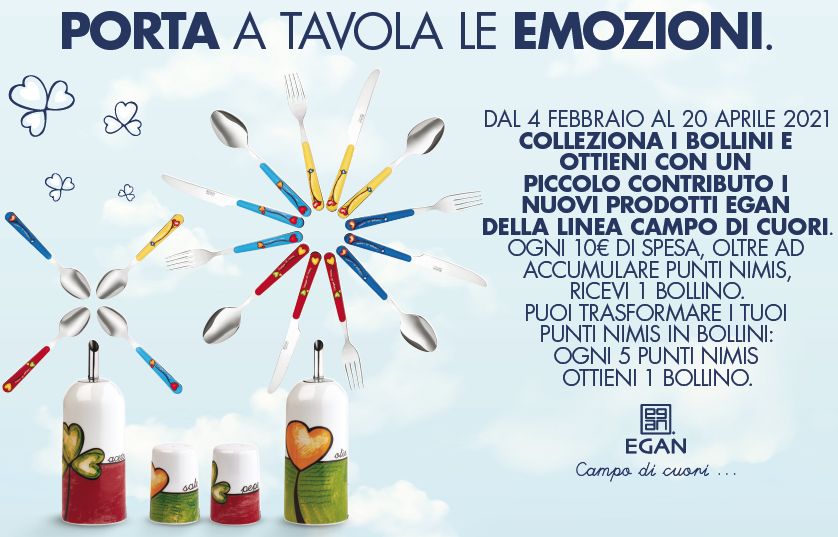 A new loyalty campaign has been launched for Italbrix S.p.A., a company in the retail sector from Brescia and province born from the merger of Italmark and Family Market groups, and part of Selex Commercial Group, the second largest player in the retail sector at national level and an absolutely important target for Promotica.

Diego Toscani, CEO of Promotica, says: “This campaign allows us to approach the Selex Group, of which Italbrix is now a part, thus opening the doors to new prospective collaborations with the 18 members that are part of it”.

The short collection is also the result of a well-established collaboration between Promotica and Egan – an Italian brand much loved by the public-, which is renewing the contract for the exclusive supply of the prizes until the end of 2022.

Italbrix’s choice to work with Egan is the result of a multi-year collaboration aimed at promoting 100% Made in Italy design.

Get in touch for or general inquiries